The palace was built between 1828 and 1848 for Russian Prince Mikhail Semyonovich Vorontsov for use as his personal summer residence at a cost of 9 million silver rubles. It was designed in a loose interpretation of the English Renaissance revival style by English architect Edward Blore and his assistant William Hunt.

The building is a hybrid of several architectural styles, but faithful to none. Among those styles are elements of Scottish Baronial, Mughal architecture, and Gothic Revival architecture. Blore had designed many buildings in the United Kingdom, and was later particularly well known there for completing the design of Buckingham Palace in London.

Once completed, the palace was visited by many members of the Russian Empire's elite ruling class; a great number of these vastly wealthy nobles were so taken with the palace and its seaboard site that they were moved to create their own summer retreats in the Crimea. By the early 20th century not only many aristocrats, but also members of the Imperial Family, including the Tsar himself, has palaces in an assortment of architectural styles in the vicinity.

An important feature of the Vorontsov Palace is the adjoining park ensemble, which features 40 hectares (99 acres) of greenery and forestry arranged by German landscape gardener Carolus Keebach. Today, the Vorontsov Palace is a part of the "Alupka Palace-Park Complex," a national historical preserve including the Massandra Palace in neighbouring Massandra. 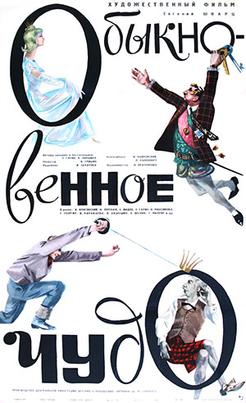 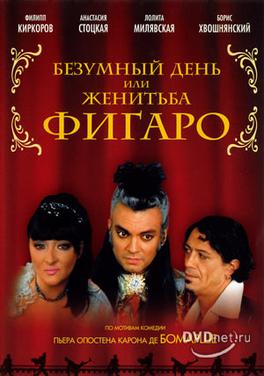 Owing to its status as an important local tourist attraction and architectural monument, the Vorontov Palace and its surrounding park complex were commonly featured in Ukrainian and Soviet cinema productions such as: An Ordinary Miracle (1964), Nebesnye lastochki (1976), Crazy Day or The Marriage of Figaro (2004), and Sappho (2008).

In the period following the Napoleonic wars, the new city of Odessa emerged as Russia's southern capital with a vibrant cosmopolitan society centered on a handful of brilliant Russian aristocrats and beautiful Polish ladies such as Zofia Potocka and Karolina Rzewuska.

According to Filipp Vigel, the viceroy's court in Odessa looked like a "small capital of an imperial fürst". While many Neoclassical buildings appeared in Odessa, the Crimea (or Taurica, as it was then better known) was still perceived as a wild, exotic hinterland. The mid-1820s saw the appearance of highly popular Romantic works celebrating its rugged beauty, such as Alexander Pushkin's poem The Fountain of Bakhchisaray and Adam Mickiewicz's Crimean Sonnets. Both poets were fascinated with Lord Byron's Oriental romances and pictured the Crimea as an exotic land of Tartar Muslim traditions which had flourished in the Khanate of Crimea until its demise in 1783.

Mikhail Vorontsov was appointed Viceroy of Novorossiya in May 1823. Even before their arrival in Odessa, the Vorontsovs started buying up lands in the southwest of Crimea, which was sparsely populated and little known at the time. Alupka was bought in 1824 from colonel Theodosios Reveliotis, the owner of Livadia and Oreanda. By that time, the Vorontsovs also had property in Gurzuf, Massandra, Ai-Danil, and Cape Martian. Read more on Wikipedia

From 11 to 14 February 1945, the Yalta Conference took place in the neighbouring, former imperial Livadia Palace; this was between representatives from the United States, the United Kingdom, and the Soviet Union. Winston Churchill and his British delegation were given temporary residence within the Vorontsov Palace. Within two weeks, construction workers had restored 22 rooms in the main palace, 23 rooms in the Shuvalov wing, and even replanted the palace gardens. The palace's English-inspired architectural style gained praise from Churchill himself: Churchill was so taken by the garden's Medici lions that he later asked Stalin if he could take them home; Stalin declined the request.

The setting of our abode was impressive ... Behind the villa, half Gothic and half Moorish in style, rose the mountains, covered in snow, culminating in the highest peak in the Crimea. Before us lay the dark expanse of the Black Sea, severe, but still agreeable and warm even at this time of the year. Carved white lions guarded the entrance to the house, and beyond the courtyard lay a fine park with sub-tropical plants and cypresses. — Winston Churchill, Triumph and Tragedy: The Second World War, Vol 6, 1953

Here is one of the Medici lions so admired by Churchill:

Also one more photo which is taken by me:

Actually when I was there, perhaps about 1 or 2 hours, I saw about 10 weddings. At first I thought that maybe it’s only because of its beauty that beautiful couples are coming here to take some wedding photos. But after reading the history and some books, I realized no no no, there is a history behind the curtain... Read the history here